You are about to leave a GSK website. By clicking this link, you will be taken to a website that is independent from GSK. The site you are linking to is not controlled or endorsed by GSK, and GSK is not responsible for the content provided on that site.

Safety Data From the NOVA Trial

Most hematologic ARs occurred during the first 3 months of therapy1

The rate of grade ≥3 thrombocytopenia after cycle 3 was 2% in patients receiving ZEJULA.3

Discontinuation due to hematologic adverse reactions was uncommon2

Change in platelet levels from baseline over time3

No clinically significant bleeding events (grade ≥3) were associated with thrombocytopenia.5

Incidence of grade 3/4 thrombocytopenia in
the NOVA trial; treatment months 1-54 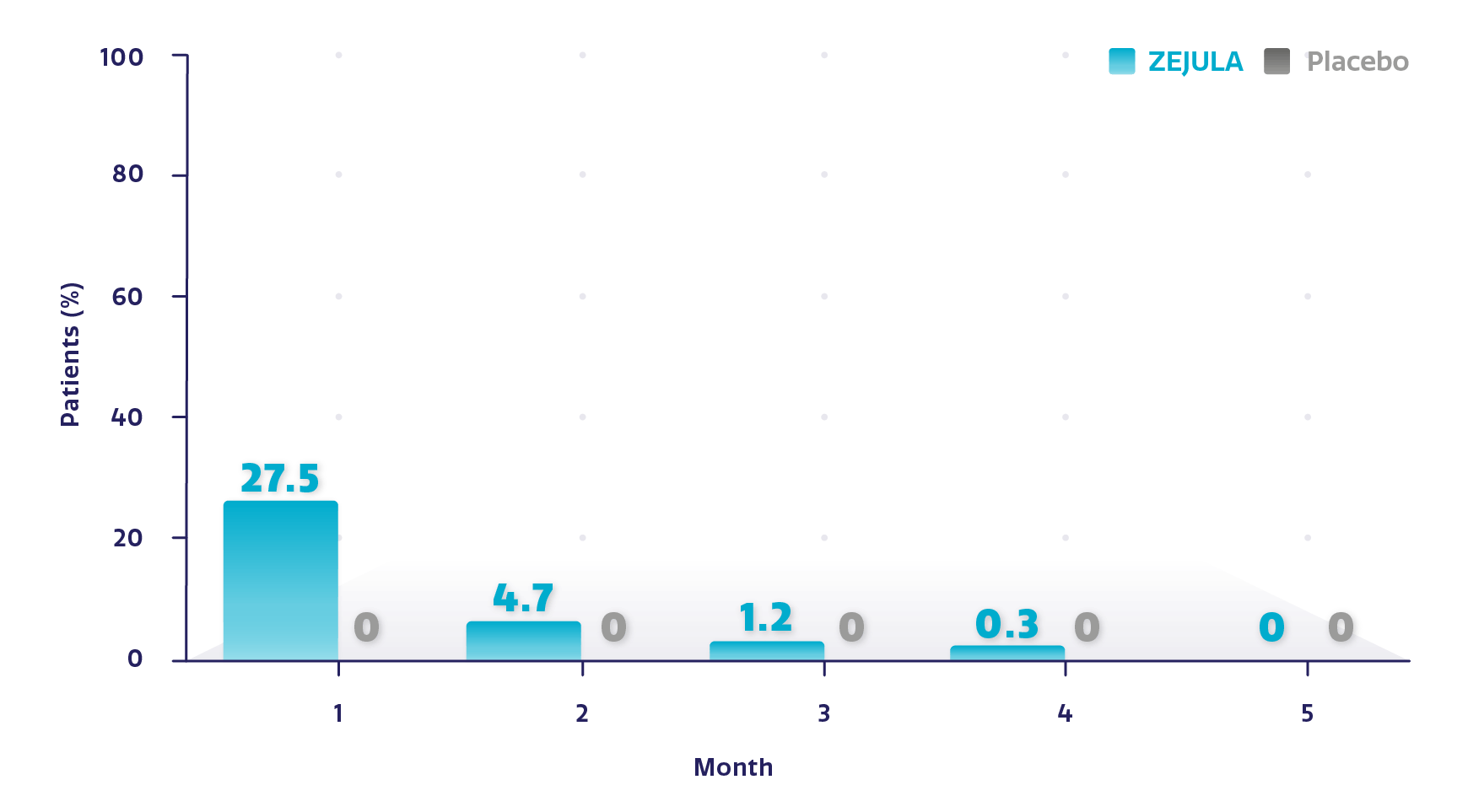 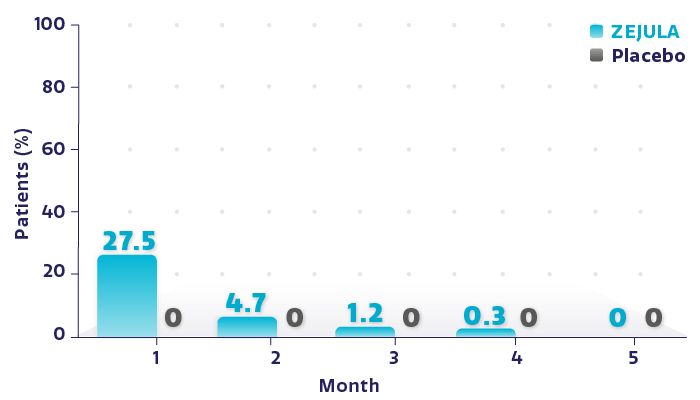 The side effect profile of ZEJULA is well-characterized2 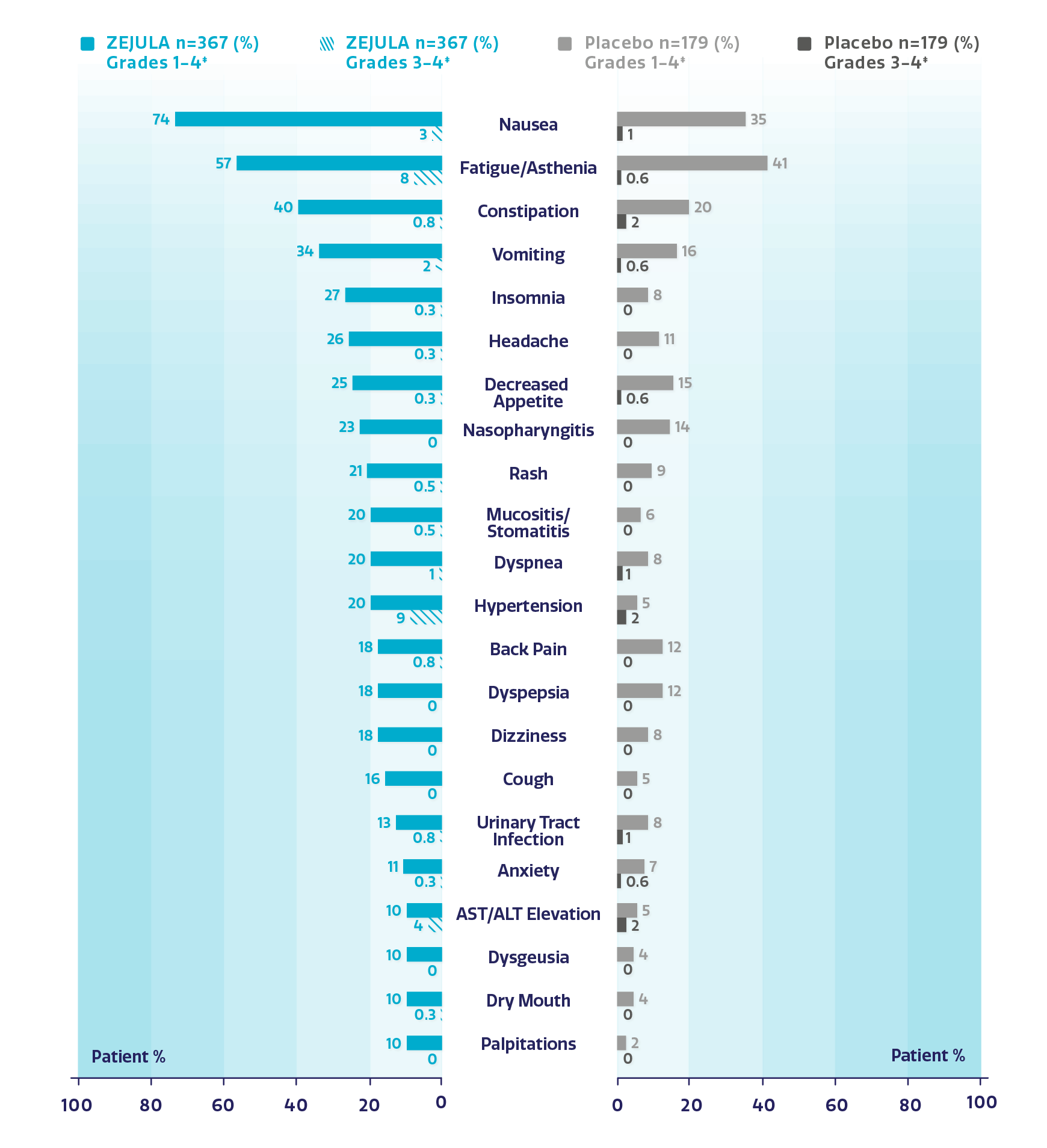 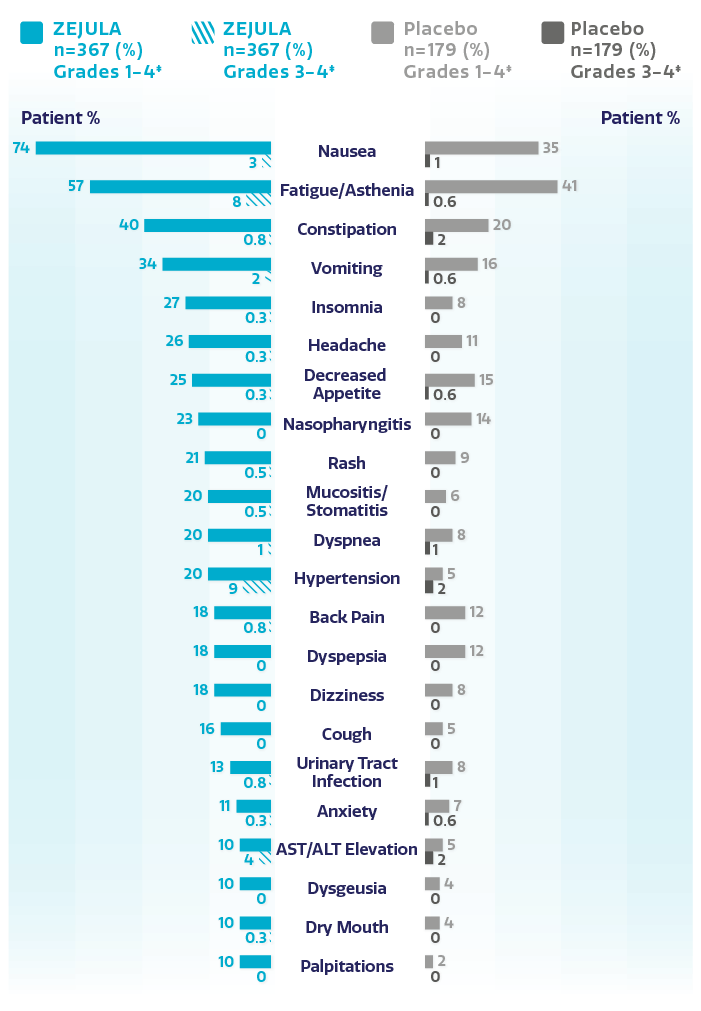 Side effects were manageable with dose interruption and modification.